Who is an engineer

What's the crucial difference between engineers and scientists

With the coming of the Industrial Age (approx. 1760-1950), an agricultural society transitioned to an economy, based primarily on massive industrial production. It was the time of the rise of specialized educational centers, where people could get deep knowledge in many different fields of science and became either scientists or engineers.

Briefly, the main difference between scientists and engineers is that scientists discover, but engineers invent. That is Engineers, using discoveries of scientists, invent systems, devices, processes, which they design, develop, implement, build, manage, maintain, and improve as different stages of the Engineering process. Engineering is a practical application of scientific knowledge, integrated with business and management. In other words, engineers act as a bridge between science and society by doing inventions for the real world and people.

In the modern time of the Information Age, the role of an engineer has been extended by non-technical skills, as a result of the globalization and spreading of trade relationships across the globe. These are skills such as intellectual (communication, foreign languages, critical thinking), management (time management, self-organization, planning), and standards awareness (tech certifications, best practices). 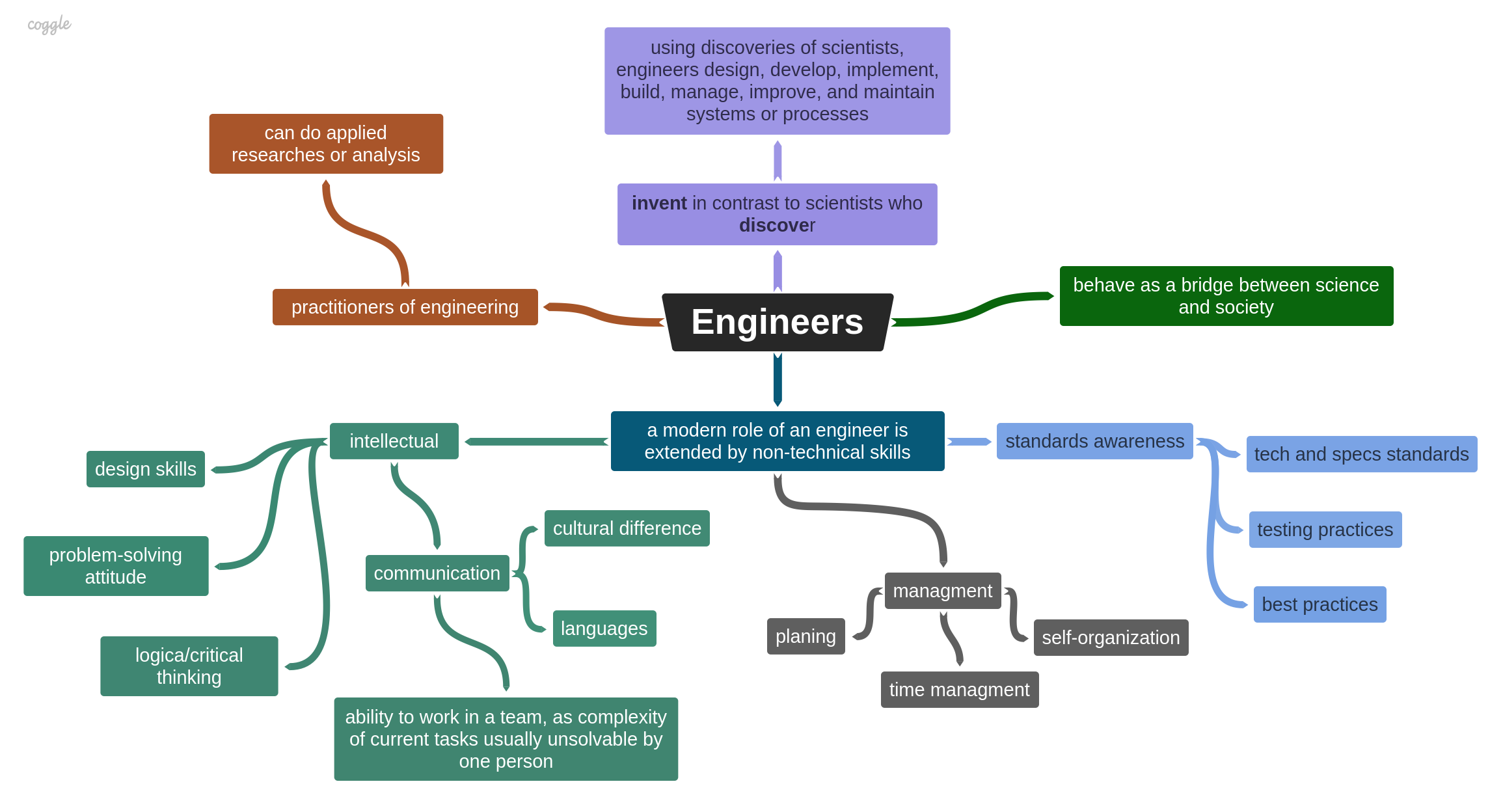